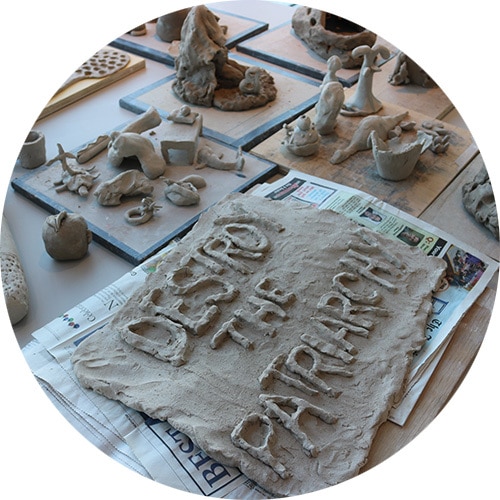 Trisha Baga, 2017 Josep Lluis Sert Practitioner in the Arts, will run Ceramics Club, a two-part workshop at the Ceramics Program—Office for the Arts at Harvard that will culminate in a public, open studio and screening on Fri, Feb 17, 3-6 pm.

Ceramics Club takes its name from a loose artists’ organization in New York that uses ceramics as a way to socially interact, make material, collaborate, and see what happens from there. The group models itself on propositions gleaned from amateur “clubs” that organized in the interest of dismantling and opposing professionalism, as well as withdrawing distinctions regarding quality, institutions, representations, etc.

At Harvard, Baga will run a short-term Ceramics Club, or cc, at the Ceramics Programs' Allston studio for current students. The two-part workshop will use the medium to approach discussions of our current political climate outside of the exclusive modes of image and text. In these studio sessions, students will ask questions out of clay such as: how do you represent a C-SPAN blackout in clay?

Baga is a founding member, with Pam Lins, of the ceramic club, cc, in New York which has met monthly since 2007 to make “chicken legs, ears, pizza huts, vagina bowls, vagina one hitters, tacos, rocks and blocks, bricks, snake skins, pickles, whistles….” as well as protest signs and busts of Hillary Clinton. Since 2011, the group has met and been generously supported by Greenwich House Pottery in the West Village. She is best known for immersive installations that project video through fields of hand-wrought objects that consider the operations of looking as an embodied experience. Her work follows the aggregate and distracted logic of internet browsing and scanning, fusing screen and space in a scattered yet fluid gestures.

Baga was born in Venice, Florida in 1985 and lives and works in New York. She received her BFA at Cooper Union in 2007 and her MFA at Bard College in 2010. She has had solo exhibitions at the Whitney Museum of American Art, New York, Vilma Gold Gallery, London, and the Kunstverein Munich, and has shown her work at Greene Naftali Gallery, EAI, PS1, Johann Koenig Gallery, Performa09, The Housatonic Museum, LAXART, and El Centro Cultural Montehermoso. She has an upcoming exhibition at 356 Mission, Los Angeles in 2017.

The Josep Lluis Sert Practitioner is an annual invitation to a distinguished artist to spend several days in residence at the Carpenter Center, engaged with students and other members of the academic community in a variety of possible activities. Founded in 1986 the program is supported by a generous gift of the late Robert Gardner, former director of the Carpenter Center for the Visual Arts, director of the Film Study Center, and chair of the Department of Visual and Environmental Studies. The residency includes both close engagement with a small group of students (acting in a collaborative way) and also some occasion open to a larger invited group of faculty, students, and the general public. This larger occasion includes a lecture-demonstration, talk, or rehearsal-performance, depending on both the art and practices involved, and the wishes of the Practitioner.

Ceramics Program–Office for the Arts at Harvard

The Ceramics Program is a creative studio and laboratory study environment for the Harvard community, international artists, scholars and scientists. For almost 50 years the Ceramics Program has served Harvard University and the greater community with its exciting educational offerings.Courses are offered over three semesters at all levels, as well as occasional events for undergraduates, like Clay All Night events, and workshops for FAS courses and student groups. Complementing the wide range of courses are lectures, master classes, and demonstrations by visiting artists and ceramics involving potters, sculptors, art historians and archaeologists from all over the world. 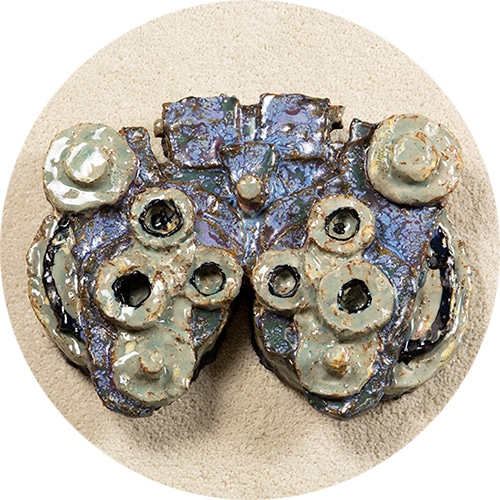 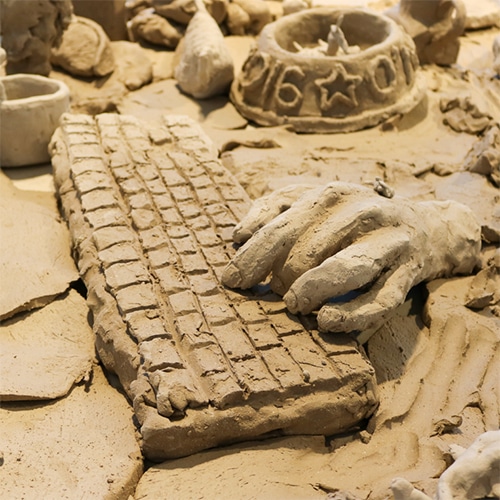