Program by Martin Beck manifests through a sequence of interventions, installations, events, and publications that draw upon the exhibition histories and academic pursuits of the Carpenter Center for the Visual Arts and Department of Visual and Environmental Studies at Harvard University. This sequence—each node of which Beck considers an episode—lends particular attention to the founding program of the Carpenter Center, which sought to cultivate its position as simultaneously an iconic modernist building, school, and exhibition venue. In the early years of the program, exhibitions, public discussions, and screenings, ambitious in scope and depth, were regarded as integral to the pedagogical concept of a visual arts education. The Carpenter Center, in its entirety, performed an exhibition of education; a performance that occurred in both its educative framework and its public outreach. Beck’s work, Program, to unfold over the next two years, pulls this history into the present, reflecting the institution’s aspirations back onto itself.

Episode 10: Fifty Photographs (Level 3, Sert Gallery, Jul 7–Sep 24, 2016)
Fifty Photographs constitutes the final episode of Martin Beck’s Program at the Carpenter Center. Over the course of his two-year residency Beck has focused on various points of public interface that define the Carpenter Center as an institution. These points include physical spaces, curriculum, student relations, media relations, and time-based instances of connecting with the public, such as talks and screenings. To date, all of these components have been considered in distinct episodes. This final episode focuses on the role of the exhibition form and the collection as a teaching resource as well as a mode of general public address. Beck’s Fifty Photographs consists of the gathering and reassembly of a selection of photographs originally presented in a 1966 exhibition titled Fifty Photographs at Harvard, 1844–1966, composed of 61 photographs. Drawn from the then Carpenter Center’s developing photography collection, the photographs were originally amassed as a teaching tool, cared for by Davis Pratt, who served as Curator of Still Photography at the Carpenter Center from 1966 to 1971. The collection was later dispersed and partially transferred to the Fogg Art Museum and other Harvard collections. It also had included photographs made by students of the Carpenter Center’s Visual Studies courses of the 1960s. Those photographs have not been transferred and their current location is unknown.

A selection of photographs from the 1966 exhibition are presented in Beck’s Fifty Photographs along with archival documents about the role of photography at Harvard and the organization of the original exhibition. These documents reveal the underlying pedagogic philosophy and reasoning for a photography collection at the university, images ranging from historical accounts of explorations of the American West, to ethnographic documentary records of South Sea Islanders, to depictions of late-nineteenth urban social conditions in the United States and Europe. In every instance, photography was viewed as a means to both shape student knowledge of social, political and ecological issues while encouraging a more acute awareness and reading of the visual environment.

Episode 9: An Organized System of Instructions (Level  0, Lecture Hall, Apr 14, 2016, 6:30pm)
In his ongoing exhibition Program Martin Beck employs a series of explorative strategies that have simultaneously performed and critically reflected on the kinds of activity an institution uses to build, organize, and engage with its audiences. From the institution’s physical infrastructure to media relations, from its foundational curricular principles to visitor tallies, from building usage to welcome rituals, Beck has examined individual modes of institutional behaviors that collectively form institutional identity and unite to integrate audiences into a cohesive program of public address. In this penultimate episode, titled An Organized System of Instructions, Beck’s Program inhabits one of the most common and frequently utilized formats of public address—the artist lecture. An Organized System of Instructions approaches this format from three perspectives: as an informational event to present an artist’s work; as a specific mode of visual and verbal display that is regulated by the conventions of educational communication and infrastructure; and, as an institutional site for introducing people and topics untethered to the institution’s daily curricular framework.

Episode 8: A Social Question (Level 1, Jan 21–31, 2016)
In the fall of 1973 curators Barbara Norfleet and William S. Johnson organized the exhibition The Social Question: A Photographic Record 1895–1910 at the Carpenter Center for the Visual Arts. The selection of photographs was drawn from the Social Ethics Collection originally assembled by pioneering scholar on social reform Francis Greenwood Peabody, founder of the Social Ethics Department at Harvard University in 1906. The photographs dated from late-nineteenth and early twentieth centuries and were part of a collection of six thousand images Peabody had assembled as part of his activist engagement with social issues such as immigration and changing labor conditions. Peabody believed photography was a means to strengthen support for social reform, communicating the need for improved conditions in tenements, factories, public schools and hospitals. The exhibition The Social Question at the Carpenter Center was a teaching site for students and visitors.

Episode 8 of Martin Beck’s Program engages Norfleet and Johnson’s exhibition on the level of display: Beck’s A Social Question looks at the original exhibition’s presentational devices through the lens of its photographic documentation. In contrast to other installation photography of the Carpenter Center’s exhibitions of the time, images of The Social Question reveal a particular focus on the exhibition’s audience while also documenting the inclusion of numerous flower bouquets throughout the exhibition.

Episode 7: The Limit of a Function
The Limit of a Function is a means of assembly and display. It is a table and a vitrine made of powder-coated steel and plywood. It has two rectangular recessed areas covered by glass for exhibition of materials while functioning as a place for repose, study and discussion. The dimensions of the table derive from Le Corbusier’s grid pattern incised in the concrete floor on Level 3 with a height slightly more than a typical table, slightly less than a vitrine. Two benches and several stools serve as seating. The soft wood surfaces of the table and seating are stained comparable in color to the warm accent panels of the Carpenter Center. Casters on the table accommodate many different arrangements to coordinate and support programmatic and exhibition activity in the space.

The Limit of a Function inserts potential into the site. It provides possibility for interaction among visitors and prolonged use of institutional space. The table and seating create a space of assembly, where the basic form of a bench inherently invites visitors to share a single material surface while each stool encourages rearrangement based on individual preference. The Limit of a Function creates a spatial situation that opens up opportunity for group discussion or individual contemplation reinforcing the originating function of the exhibition and museum as a public sphere where looking, thinking and conversation overlap.

Episode 6: Reality is Invisible (Aug 24–Sep 10, 2015)
In 1971 the experimental filmmaker Robert Fulton made the 16mm film Reality’s Invisible while teaching in the Department of Visual and Environmental Studies at the Carpenter Center for the Visual Arts. Through candid interviews with VES students, impromptu recordings of faculty lectures, and lingering shots on concrete surfaces and spaces around Le Corbusier’s architecture, Reality’s Invisible is a frenetic and visually lush, almost visceral, portrayal of academic life at the Carpenter Center. The intimate footage captures the pedagogical activities, intellectual ideas and political concerns occupying students and faculty involved in the nascent days of a new visual arts program and building at Harvard. Pushing the limits of filmmaking, Fulton’s images and sounds, edited and layered, collide into a “tone,” as he later described it, revealing the chaos, fluidity and motion at the Carpenter Center. Robert Fulton's films are in the collection of the Harvard Film Archive.

Reality is Invisible is Martin Beck’s sixth episode in his ongoing exhibition Program. This multi-part episode includes the screening of a 16mm print of Reality’s Invisible, introduced by Beck on September 10. The screening, which follows the opening reception of the VES Visiting Faculty, 2015–16 exhibition, is a means to welcome returning students and faculty, inaugurating another academic year. This episode also incudes a digitization of Fulton’s film in order to produce a DVD edition that is given to students currently concentrating in Visual and Environmental Studies and graduate students in Film and Visual Studies.  A screen-printed poster and DVD package designed by James Goggin communicates about the film prior to its screening in September and thereafter.

Episode 5: Photography and the City (July 22–Aug 24, 2015) involves records culled from the Carpenter Center’s archive that document the number of visitors to exhibitions in the late 1960s and early 1970s. The selected attendance sheets show only hash marks made in various styles and inks on lined notebook paper, shifting their legibility from data gathering documents to abstract drawings. Presented as an exhibit during the summer months while the university is not in session these archival documents are evidence of a data collection process that signals broadening interest in administering and managing constituencies (i.e. students and general public) as a basis for institutional planning and development. Indeed, these documents reveal an intentional self-reflection on behalf of the Carpenter Center as it becomes institution, considering its pedagogical function within the university and its relationship with other publics.

In Episode 5: Photography and the City, three 8.5 x 11 inch attendance sheets are installed on the left half of a white-laminate surface of 120 x 60 inches. The height of the surface is 32 inches, a display that is neither a table for seated visitors nor a typical viewing surface for standing viewers, something in-between. The attendance sheets reflect another aspect of framing the institution. And as classes reconvene after the summer, a poster-style announcement for the subsequent episode will be placed on the right half of the surface.

Episode 4: A Report of the Committee is comprised of a digitally distributed installation view of The Art of Maya Hieroglyphic Writing, a 1971 exhibition at the Carpenter Center; a floor-to-ceiling curtain segment made of cream-pink silk chiffon; and the original 1960 Report document placed inside a vitrine sited in relation to the curtain. The constellation of these three elements corresponds with core values of the Carpenter Center’s educational framework where courses, exhibitions, and architecture seamlessly unite into a cohesive pedagogical practice.

“A Report of the Committee on the Practice of the Visual Arts at Harvard University,” dated June 30, 1960, is a five-page document written by a university committee appointed to shape and consult on the emergent visual arts program at Harvard. The report focuses on the basic framework for how the Visual Arts Center, eventually realized in 1963 as the Carpenter Center for the Visual Arts, would function within the pedagogical program at the university.

Episode 3: Integration of the Program. A digital slide show with images ranging from original photographs, archival documents to architecture are publicized and distributed via the Carpenter Center website.

Episode 1: Removed and Applied consists of the removal of existing sheet-metal cladding from the exterior walls of an art gallery designed in 2000 by Peter Rose + Partners and inserted into the existing Le Corbusier gallery on Level 3. Beck has orchestrated removal of the cladding and instructed that gypsum board is adhered to the exposed surface, primed, sanded and painted with White Dove 275 paint.

Martin Beck is an artist whose exhibitions and projects engages questions of historicity and authorship and often draws from the fields of architecture, design, and popular culture. Recent exhibitions include Alienation and Charisma at Archive, Zurich (2015), The thirty-sets do not constitute a sequence at 47 Canal, New York (2015), Approx. 13 Hours at castillo/corrales, Paris (2014); Last Night at Kunsthaus Glarus, Switzerland (2013); the particular way in which a thing exists at Leonard & Bina Ellen Gallery, Concordia University, Montreal (2012). Beck’s works were included in the 10th Shanghai Biennale (2014), the 29th São Paulo and the 4th Bucharest Biennales (2010).  He was co-curator of Tell It To My Heart: Collected by Julie Ault at Museum der Gegenwartskunst, Basel; Culturgest, Lisbon; and Artists Space, New York (2013). His books include, About the Relative Size of Things in the Universe (2007), The Aspen Complex (2012), Last Night (2013), and Summer Winter East West (2015). 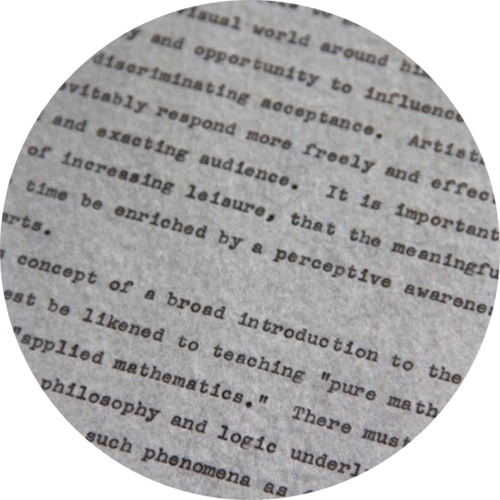 Staging Ground for the Visual Arts: A Conversation with Martin Beck and Liz Lerman 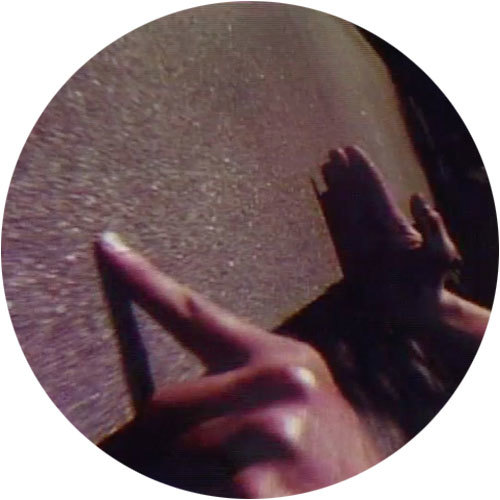 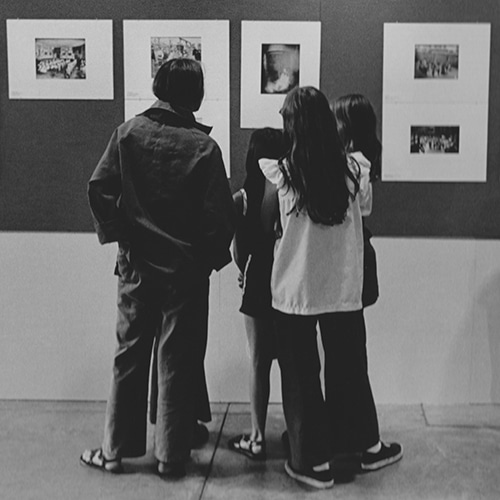 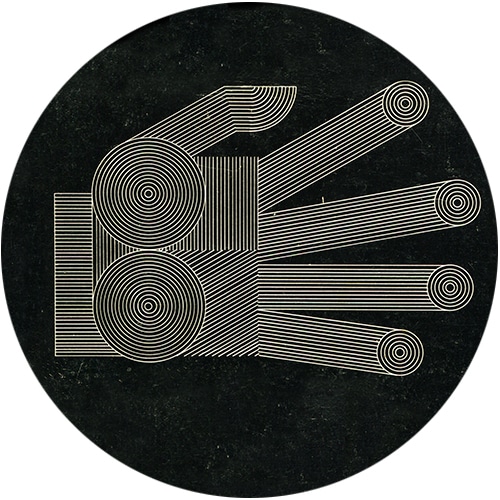 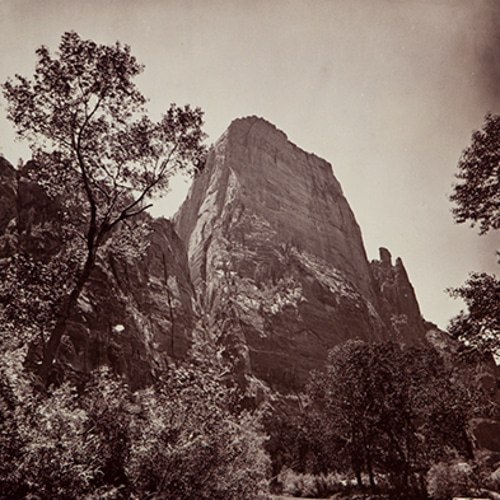