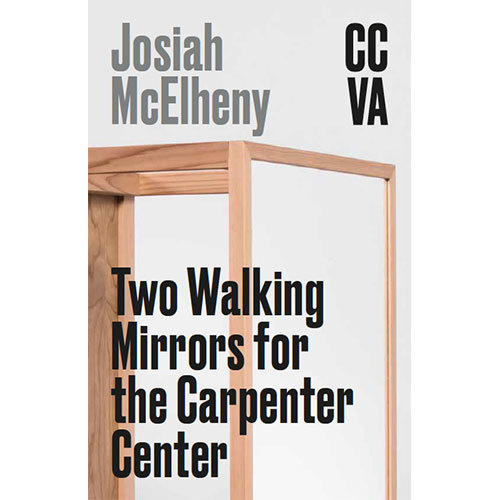 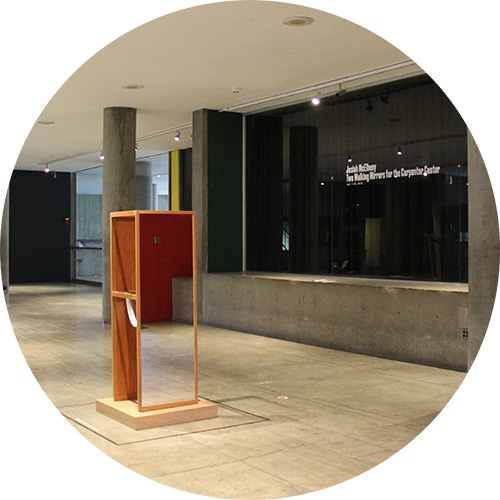 Two Walking Mirrors for the Carpenter Center features two five-foot-high sculptures made of cedar and glass mirror sited individually on separate pedestals. Each sculpture is made of two parallel rectilinear panels with full-length mirrors in which viewers catch their reflections. Both sculptures periodically become part of performances when performers—in fact, Harvard University dance students—inhabit the sculptures on a published schedule, transforming the objects into a kind of fashion accessory. Interrupting the inanimate stature of sculpture, the performers put on the objects using nylon shoulder straps. Once harnessed, they lift the objects off the ground and begin to walk, stepping into the surrounding realm of exhibition and moving amongst viewers at whatever pace they choose, interacting verbally (or not) with visitors. The performers, however, are unable to see directly in front of them because the vertical panels block their sightline. Therefore, they need to look down at the floor to follow a line drawn by McElheny. This line drawing is inherently articulated by the specific architectural qualities of Le Corbusier’s architecture at the Carpenter Center and the location of the pedestals in the gallery.

Josiah McElheny: Two Walking Mirrors for the Carpenter Center is part of The Interstitial, a CCVA program that takes advantage of the time and physical space between exhibitions. The Interstitial hosts performances, installations and other time-based events that transpire over the course of an evening or several days. 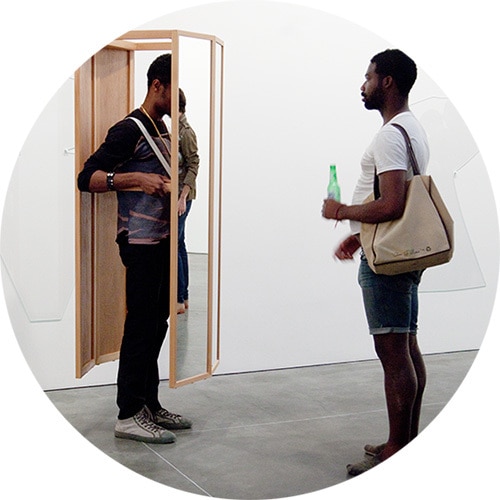