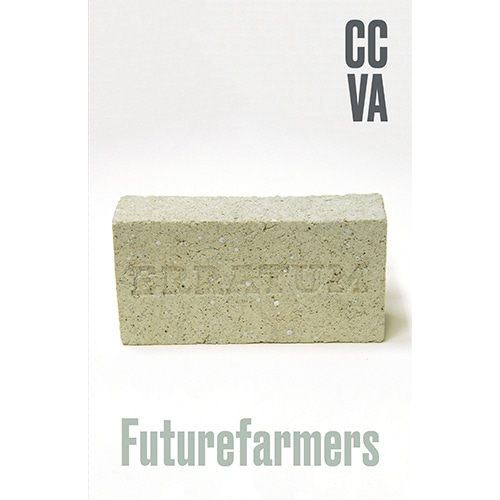 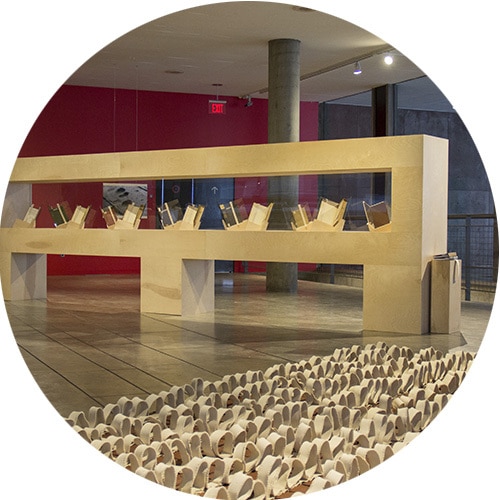 Over the last two years, the Futurefarmers collective has envisioned Carpenter Center for the Visual Arts and its surrounding environment as sites for considering material "interruptions.” A series of disruptions in seemingly authoritative objects—fingerprints in red sidewalk bricks, errata slips in philosophy books, and a literal bug that stopped the machinery of an historic computer—are the elements generating the artists’ new multimedia projects Erratum Two, Erratum Three and De-Bugging. What can result from pausing with these interruptions in form and meaning, bringing to them curiosity and wonder? This exhibition presents new works prompted by this question, along with earlier Futurefarmers projects that also demonstrate the collective's interest in "errors" as prompts for exploratory facture: Erratum: Brief Interruptions in the Waste Stream (2010) and Forging a Nail (2014).

Futurefarmers is a flexible collective of artists, researchers, designers, architects, scientists, and farmers. Artists Amy Franceschini and Michael Swaine form the core partnership for this exhibition. The group shares a common interest in creating frameworks for, in their words, "catalyzing moments of uncertainty and confusion in productive and illuminating ways.” The collective has exhibited work at the Whitney Museum of American Art, Museum of Modern Art, and Solomon R. Guggenheim Museum, New York; MAXXI in Rome, Italy; New York Hall of Sciences, Queens; and the Walker Art Center, Minneapolis, among other institutions. Franceschini teaches at the California College of the Arts, San Francisco and Swaine teaches at the University of Washington, Seattle.

Special thanks to Robbins Library of Philosophy at Harvard University, Center for the Arts and MFA in Interdisciplinary Arts program at Northeastern University, and Stiles and Hart Brick Company for their collaboration. 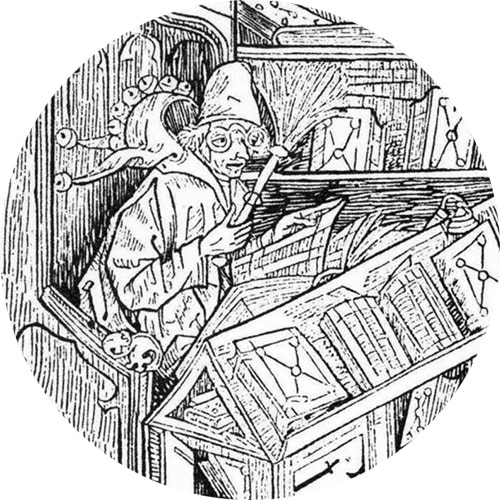 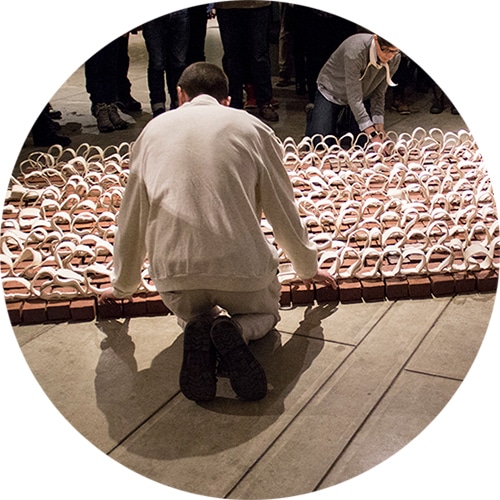