The book Blueprint for Counter Education by Maurice Stein and Larry Miller appeared in 1970 as a boxed set with three large graphic posters and a bibliography and checklist that map patterns and relationships between radical thought and artistic practices⎯from the modernist avant-gardes to postmodernism⎯with the philosopher Herbert Marcuse and media theorist Marshall McLuhan serving as intellectual points of anchorage. The book could be assembled into a portable, do-it-yourself learning environment with the posters and an accompanying “shooting script” functioning as a basis for a critically informed, activist and learner-driven model of education. Blueprint for Counter Education became one of the most defining works of radical pedagogy of the Vietnam War era and eventually integrated into the Critical Studies curriculum at California Institute of the Arts.

On the occasion of the release of an expanded edition of Blueprint for Counter Education designed by Project Projects and published by Inventory Press, the Consumer Research Center/bookshop at the Carpenter Center hosts a week long exhibition, roundtable discussion and book presentation. Organized by Jeffrey Schnapp, the event brings together original authors Maurice Stein and Larry Miller Blueprint for Counter Education in conversation with Schnapp and Project Projects principal Adam Michaels.

Jeffrey Schnapp is the founder/faculty director of metaLAB (at) Harvard and faculty co-director of the Berkman Center for Internet and Society. At Harvard, he serves as Professor of Romance Literatures and Comparative Literature, and is on the teaching faculty in the Department of Architecture at Harvard’s Graduate School of Design. Effective June 2015, he assumed the position of Chief Executive Officer and co-founder of Piaggio Fast Forward, a Cambridge-based company devoted to developing innovative solutions to the transportation challenges of the contemporary world.

Adam Michaels is a graphic designer, editor, and publisher. He is cofounder of Project Projects, winner of the 2015 National Design Award in Communication Design, and founder of Inventory Press, which publishes books on topics in art, architecture, design, and music, with an emphasis on subcultures, minor histories, and the sociopolitical aspects of material culture.

Larry Milleris a sociologist and was a member of the editorial collectives of the New American Movement newspaper and the journal Socialist Revolution/Socialist Review. He has written about major theorists and writers such as Marx, Gramsci, Althusser and Machiavelli.

Maurice R. Stein is an American sociologist and innovator in higher education. Stein is co-recipient of the 1987 Robert and Helen Lynd Lifetime Achievement Award bestowed by the American Sociological Association's Community and Urban Sociology Section. Retired from Brandeis University since 2002, Stein resides in Cambridge, Massachusetts. 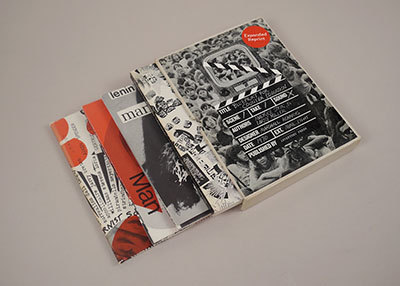 Blueprint for Counter Education is part of the CCVA initiative Agency for Critical Inquiry, an open invitation to academic and Boston-area communities to connect with the Carpenter Center, forging a site for collective learning in the public realm. 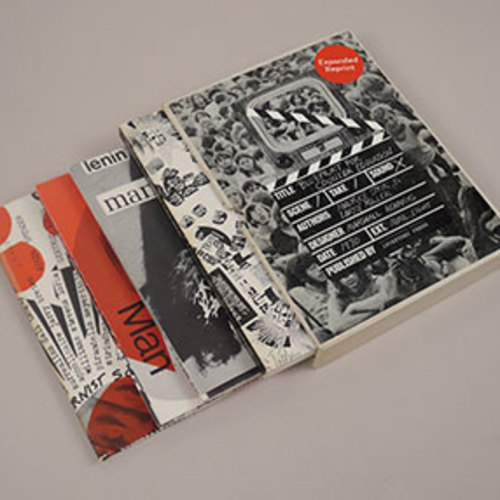