The Carpenter Center for the Visual Arts and the Harvard Art Museums present ACT UP New York: Activism, Art, and the AIDS Crisis, 1987–1993, an exhibition of over 70 politically-charged posters, stickers, and other visual media that emerged during a pivotal moment of AIDS activism in New York City. The exhibition chronicles New York’s AIDS Coalition to Unleash Power (ACT UP) through an examination of compelling graphics created by various artist collectives that populated the group. The exhibition also features the premiere of the ACT UP Oral History Project, a suite of over 100 video interviews with surviving members of ACT UP New York that offer a retrospective portal on a decisive moment in the history of the gay rights movement, 20th-century visual art, our nation’s discussion of universal healthcare, and the continuing HIV/AIDS epidemic. The exhibition opens just over 20 years after the formation of ACT UP and also marks the 40 year anniversary of the Stonewall riots, the defining event that marked the start of the gay rights movement in the United States. The exhibition ACT UP New York: Activism, Art, and the AIDS Crisis, 1987–1993 provides an opportunity to reinvigorate a debate around the realities of HIV/AIDS today, and about the links between visual art, political activism, health, and human rights.

ACT UP’s demonstrations in the late 1980s and early 1990s reflected the group’s outrage against a governing establishment that ignored HIV/AIDS as a national health crisis; that failed to secure funding for medical research, treatment, and education; that profited from inflated costs for therapeutic drugs; and that perpetuated homophobic misrepresentations of HIV and AIDS. ACT UP’s successful campaign to achieve concrete changes in legal policy and medical practice prompted changes in clinical trials for antiretroviral drugs and prodded pharmaceutical companies to reduce the cost of these drugs. The group also transformed culturally entrenched ideas about sexuality and civil rights and is largely credited with originating and promoting safe sex education. Working closely with ACT UP, artist collectives such as Gran Fury, Silence=Death Project, Gang, and Fierce Pussy formed to deploy guerilla marketing techniques to disseminate ACT UP’s messages to a mass audience, effectively exploiting the power of art to help put an end to the AIDS crisis. In subway cars, transit stations, taxi cabs, outdoor billboards, and bus panels, their wheatpasted posters and crack-and-peel stickers powerfully communicated ACT UP’s outrage and were ubiquitous throughout New York City. Pairing text and image with penetrating anger and searing wit, ACT UP’s art collectives targeted specific individuals and institutions at the local and national level, advocated for safer sex and gay and lesbian rights, and galvanized broadband support for the AIDS activism movement.

The Sert Gallery of the Carpenter Center features the Silence=Death Project’s iconic neon sculpture of “SILENCE=DEATH” from 1987, as well as a full-scale reproduction of Gran Fury’s famous “Kissing Doesn’t Kill” bus panel from 1989. Other works on view include posters of demonstration announcements, such as ACT UP’s “Declare War. Target An Administration That Kills Us With Neglect. Storm the N.I.H. May 21” (1990); posters that were utilized during demonstrations; and posters disseminated as street-side and print advertisements, such as several versions of Gran Fury’s “Read My Lips” series from 1988 that depicted images of same-sex couples kissing. Examples of the multiple crack-and-peel stickers that once carpeted New York City, such as Gran Fury’s “Men Use Condoms Or Beat It” (1988), and Little Elvis’s “The AIDS Crisis Is Not Over” (1988) are also included. Exhibited for the first time are mock-ups, design-tests, and sketches of some posters and stickers, such as the Gran Fury campaigns “Sexism Rears Its Unprotected Head” (1988) and “RIOT: Stonewall ‘69/AIDS Crisis ’89.” Projectors in the Sert Gallery display footage of past ACT UP demonstrations, a snapshot-based slide show of works by Gran Fury in situ around New York City, and various outtakes from Gran Fury’s “Kissing Doesn’t Kill” photo shoot. The Main Gallery in the lobby of the Carpenter Center features the premiere of the ACT UP Oral History Project. Fourteen video monitors fitted with headphones provide visitors with continuous access to more than 100 interviews with surviving members of ACT UP New York from 2001 to the present. Produced by Sarah Schulman and Jim Hubbard, the project provides an extraordinarily intimate and complex record of the group’s historic moment. The interviews demonstrate the tremendous commitment, talent, and understanding that empowered ACT UP’s economically and racially diverse members to organize collectively, and to revolutionize the face of the epidemic not only in New York City but across the United States. Newly remastered and digitized for this exhibition, this is the first time these videos are collectively shown in this manner. More information about the Project, including full transcripts of the interviews, can be found at: www.actuporalhistory.org.

ACT UP New York: Activism, Art, and the AIDS Crisis, 1987–1993 and the related symposium are incorporated as curricular material for a broad spectrum of undergraduate and graduate courses offered across Harvard University in the fall of 2009. In addition, the Harvard Art Museums is hosting a DIY poster-making event for Harvard undergraduates, providing access for students to artist residencies, and reaching out to on-campus student organizations, encouraging them to use the exhibition as a springboard for their own related events. Public programming organized to coincide with the exhibition includes lectures, a symposium, film screenings, gallery talks, a performance in conjunction with the American Repertory Theatre (A.R.T.), and a poetry reading in conjunction with Harvard’s Woodberry Poetry Room. Coinciding with the exhibition, Harvard Art Museums' Education Department is inviting local health services organizations in the community to visit the exhibition with the guidance of a museum educator in order to stimulate reflection and discussion about sexual health, political activism, and art.

Four central members of the artist collective Fierce Pussy will participate in a 3-day activism and print media workshop, as well as site-specific installation on the Harvard campus, with Harvard College undergraduate students. During their residency, Nancy Brooks Brody, Joy Episalla, Zoe Leonard, and Carrie Yamaoka will work with students to develop visual material addressing issues of gender and sexuality at Harvard and beyond. Fierce Pussy’s residency will also offer an unusual opportunity for students to learn strategies for radical political organizing and collective art production from some of the most experienced and influential women artist-activists at work today.

ACT UP New York: Activism, Art, and the AIDS Crisis, 1987-1993 has been made possible by support from the Office of the Provost at Harvard University and the following endowment funds at the Harvard Art Museum: the Agnes Gund Fund for Modern and Contemporary Art; the Alexander S., Robert L., and Bruce A. Beal Exhibition Fund; the M. Victor Leventritt Lecture Fund; and the Charlotte F. and Irving W. Rabb Exhibition Fund. Gifts and grants have also been provided by the Barbara Lee Family Foundation; Open Gate: a Fund for Gay and Lesbian Life at Harvard University; Fred P. Hochberg and Tom Healy; Kevin Jennings; the Harvard College Women's Center, the Office for the Arts at Harvard, and Harvard Technology Services with special support from Apple Inc. 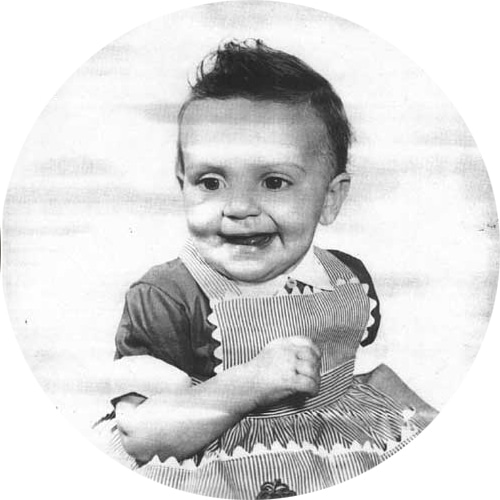 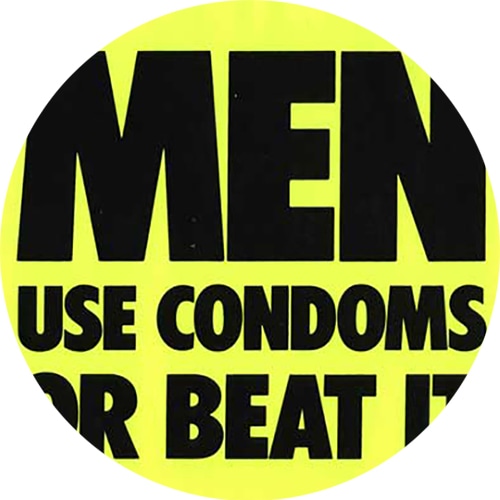