Ubu Roi redux is a one-day intervention of installation, sound, video, a reception and performance organized by participants of the 2014–15 Sert Practitioner seminar with the artist Ulla von Brandenburg.

Taking place entirely on Level 1 of the Carpenter Center, Ubu Roi redux departs from a study with von Brandenburg of Alfred Jarry’s classic play Ubu Roi (1896). Jarry’s landmark play challenged conventional forms of theater and the expected roles of spectators, marking the beginning of Absurdist Theater. In November 2014, von Brandenburg and Harvard University students read Ubu Roi and discussed questions about its critical importance through a series of intensive seminars. They considered the play's impact on the development of modernist theater and contemporary artistic production.

Ubu Roi redux is the culmination of these inquiries, exploring the potential of disrupting the routine course of an institution and the current exhibition The Way We Live Now, Modernist Ideologies at Work, which is installed on Level 1 of the Carpenter Center.

Free and open to the public.

Von Brandenburg was born in Karlsruhe, Germany. She studied Scenography and Media Art at the Academy of Fine Arts, Karlsruhe, and continued her studies in fine art at the Academy of Fine Arts, Hamburg. She has had solo exhibitions at the Secession, Vienna; Kunsthaus Hamburg; Pilar Corrias, London; and at the Wattis Institute for Contemporary Art, San Francisco, among others. Her work has been included in biennials in Sydney, Lyon, and Jerusalem, and has also been presented in numerous group exhibitions including Tools for Conviviality, The Power Plant, Toronto; Intense Proximite, Palais de Tokyo, Paris; Performa 07, New York; and The World as a Stage at the Tate Modern. Von Brandenburg will participate in the forthcoming group exhibition The Way We Live Now. Modernist Ideologies at Work, presented at the Carpenter Center in February 2015. She lives and works in Paris and Hamburg.

Ubu Roi Redux is part of the CCVA initiative Agency for Critical Inquiry, an open invitation to academic and Boston-area communities to connect with the Carpenter Center, forging a site for collective learning in the public realm. 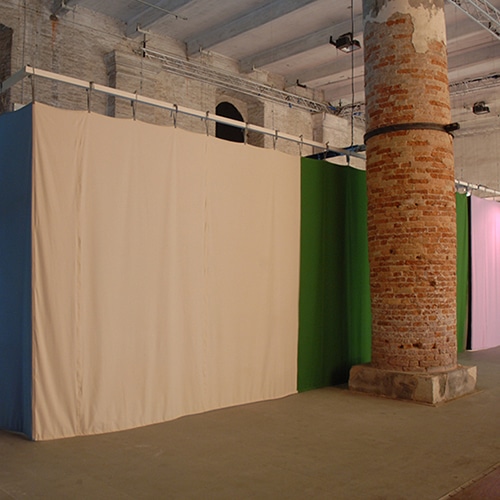