Born in 1982 in London and currently based in Berlin, Simon Fujiwara has shaped a complex and rich practice that interweaves performance, film, sculpture, and text into highly immersive environmental installations. Bringing personal experiences (both real and imagined) into contact with broader historical, social, and political topics, his expansive practice has been described as an “autobiographical journey through the architecture of modern life—constantly rebuilt as it is retold.” His exhibitions and projects function as theatrical frameworks where players—family members, real-life friends, historical figures—and events cohabit and interact, generating situations where the real and the imagined are not easily discernable. Often appearing himself or shifting into various guises within his works, Fujiwara’s narratives destabilize, reperform, and thus reconstitute notions of truth, authenticity, morality, and the credibility of the artist as narrator, leveraging new perspectives on issues such as sexuality, globalism, and race. 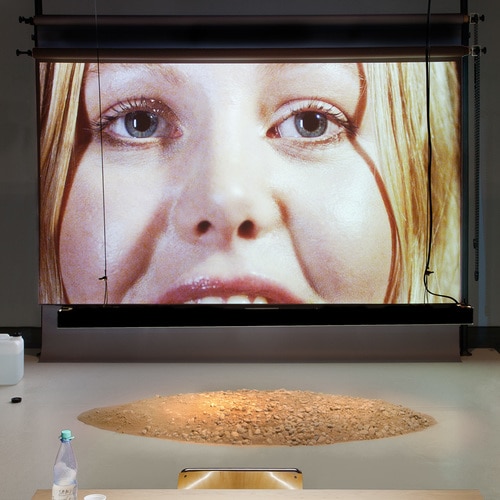