In collaboration with composer Anna Weesner, Michelle Lopez presents Fictitious Pivot, a live performance designed for the Carpenter Center’s central ramp and stairwell. A spare composition of wind instruments and a vocalist, the hour-long work subtly aligns with the ramp as it ascends and descends to considers different methods of negotiating the building’s circulation, elevation, and integration. Fictitious Pivot is part of the group exhibition, We Just Fit, You and I.

By amplifying a disjunction between body and space in the building’s porous, cavernous qualities of glass and concrete, Lopez presents an alternate and diffuse form of figuration. Its circulation vents and echoing chambers inspired a performance involving themes of Echo location clicking/clacking/knocking; disruption of time/linearity; complicating breath through restraint; examining the porous quality of building as circulation; and finally a translation of space through voice (body)/instrument/song.

Helen Singh-Miller, vocalist/performer, responds to the flutists by employing body mechanisms on the musicians that can offer forms of pulling, climbing, constraining. Through these interactions, the performer’s role emerges, as she imitates the wind instrument’s translations of breathing and manipulates her presence through a language of contradictions:  rampy/rompy; silence/boisterousness. The ramp suggests a kind of temporality or narrative experience, and the composition disrupts linearity though a non-idiomatic composition. It will be both wind and wench (but not in the tropes we culturally imagine as we try and create a language that de-classifies a masculine or feminine space).

“An architecture must be walked through and traversed. ...our man has two eyes set in the front of his head, and he stands six feet above the ground and looks ahead. These biological facts are enough to damn the whole batch of plans that have the wheel revolving around a fictitious pivot. Thus, equipped with his own two eyes and looking straight ahead, our man walks about and changes positions, applies himself to his pursuits, moving in the midst of a succession of architectural realities. He re-experiences the intense feeling that has come from that sequence of movements. This is so true that architecture can be judged dead or living by the degree to which the rule of movement has been disregarded or brilliantly exploited” -Le Corbusier, Le Corbusier Talks with Students, Corbusier’s explanation of architectural promenade, 1942. The Orion Press, pp. 44-45, 1961.

Michelle Lopez is a multimedia artist, known for her rigorous conceptual practice and boldly experimental approach to processes and material. Her installations and sculptural works are grounded in research on the iconography of cultural phenomena. Lopez’s work has been exhibited in institutions with solo exhibitions at Fondazione Trussardi (Milan), LA><Art (Los Angeles), The Aldrich Contemporary Art Museum (CT), ALT Foundation(Istanbul). She has had solo exhibitions at galleries such as Feature Inc. (NY), Deitch Projects (NY), Simon Preston Gallery (NY), Galerie Gaillard (Paris), and Paule Anglim (SF). She has done public projects with The Public Art Fund (NY), and “Art Public” in collaboration with the Bass Museum of Art (Miami), and has been in group exhibitions at PS1/MOMA, the Brooklyn Museum, Yerba Buena Center for the Arts (San Francisco). Her work has been reviewed in Artforum, the New Yorker, Art in America, Frieze, The New York Times. She has received New York Foundation for the Arts (NYFA) Grants: a Sculpture Fellowship(2011), a 9/11 Support grant (2002), and a Fiscal Sponsorship(2009); and faculty research grants through UC Berkeley (2002-05). Lopez is Assistant Professor of Sculpture at University of Pennsylvania’s School of Design/

Anna Weesner is the Dr. Robert Weis Professor of Music and Chair of the Music Department at the University of Pennsylvania’s School of Design. Recipient of a 2009 Guggenheim Fellowship and a 2008 ‘Academy Award’ from the American Academy Arts and Letters, Weesner has received numerous awards including a 2006 Award for Excellence in the Arts by the Virginia Center and a Pew Fellowship in the Arts (2003). Weesner’s usic has been performed by leading ensembles and soloists including the American Composers Orchestra, the St. Luke’s Chamber Ensemble, and many others.

Helen Singh-Miller  is an artist and Feldenkrais practitioner. Drawing on somatic education and contemporary dance, her still and moving-image work explores the relationship between visual representation and embodied experience. Singh-Miller's films have recently screened at Dance Films Association in New York (2017) and the New England Graduate Media Symposium in Boston (2016) and in 2016-17 she was awarded a Harvard Film Study Center Fellowship. Assistant Editor of The Feldenkrais Journal, Singh-Miller writes regularly on the aesthetic dimensions of everyday activity and contributes Feldenkrais-inspired material to workshops and performances by the collective ARE (Aesthetic Relational Exercises) and The Order of the Third Bird. Singh-Miller teaches TIME in Studio Foundation at MassArt and runs the Storefront for Somatic Practice in Cambridge, MA. 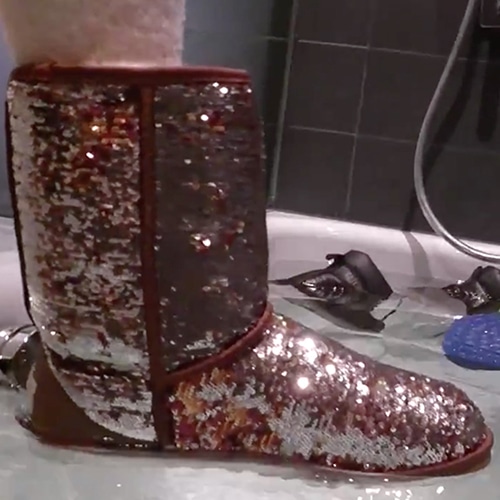 We Just Fit, You and I