The photographs included in Time is Now: Photography and Social Change in James Baldwin’s America are drawn from the permanent collections of the Harvard Art Museums, a third of which were originally part of the Carpenter Center’s renowned teaching collection of more than 10,000 prints, 40,000 negatives, and related materials, which were transferred to the museums in 2002. Many of these works were collected by Barbara Norfleet, a social psychologist and photographer, taught at Harvard for over 20 years, first as a lecturer in Social Sciences and then in Visual and Environmental Studies Department. Norfleet traveled the country between 1975 and 1977, culling forgotten prints and negatives from the attics and basements of more than 25 professional studios active mostly from the 1930s to the 1960s.

Exhibition curator Makeda Best is in conversation with Norfleet, and with Dan Byers, John R. and Barbara Robinson Family Director.

Barabara Norfleet photographs are included in many collections, including the Museum of Modern Art, the Whitney Museum of American Art, the San Francisco Museum of Modern Art, the Boston Museum of Fine Arts, and the George Eastman House. Among her many awards as an artist, teacher, and curator are a Massachusetts Artists Fellowship, a Guggenheim Fellowship, a National Endowment for the Arts Fellowship in Photography and the Aaron Siskind Award. She was an Honoree of the Fifth National Women in Photography Conference. She was awarded an honorary doctorate from Swarthmore College in 2014. 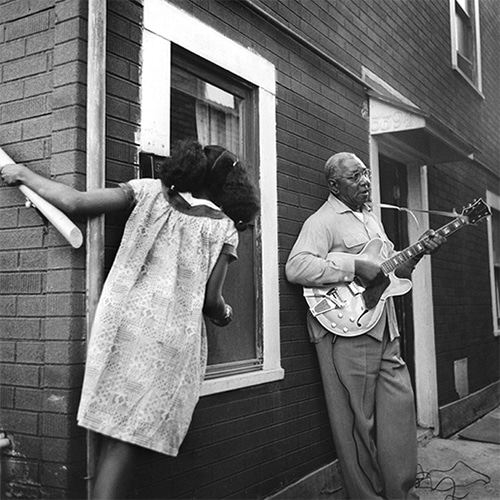