Luz Donoso, born in Santiago, Chile in 1921 and died 2008, was a graphic artist, muralist, political activist, and teacher. Beginning in the mid-1960s, she was one of the most prominent participants in the widespread muralist movement in support of Salvador Allende’s presidential campaign. In the first months of Pinochet’s dictatorship, she was dismissed from her teaching position at the Universidad de Chile, like many of her leftist colleagues, and shortly after cofounded an artist-run workspace and forum, Taller de Artes Visuales. Following a major solo exhibition at the French-Chilean Cultural Center in 1976, Donoso began to take considerable risks by installing her prints in the street with the urgent goal of making her work accessible to a wider public.

Using Luz Donoso’s practice as a departure point, the workshop begins with an introduction from curator Liz Munsell, followed by a hands-on session wheat-pasting demonstration at the Carpenter Center. Wheat-paste is an adhesive made from a starch and water. Due to its accessibility and quick-paced nature artists and activists, including Donoso, commonly used it to install posters and printed material in public locations. During this workshop, participants are encouraged to question and consider how political actions are enacted in public space today, both in contrast and relation to Chile’s history. Following the demonstration, participants can wheat-paste as a group in public locations in Cambridge. Free and open to all.

Munsell will also present an in-depth lecture Urban Art Interventions,1970s Chile earlier in the day at 3:30 pm, as part of the Cultural Agents course at Harvard University in the Fong Auditorium, Boylston Hall (Room 110). Open to the public. No registration necessary. 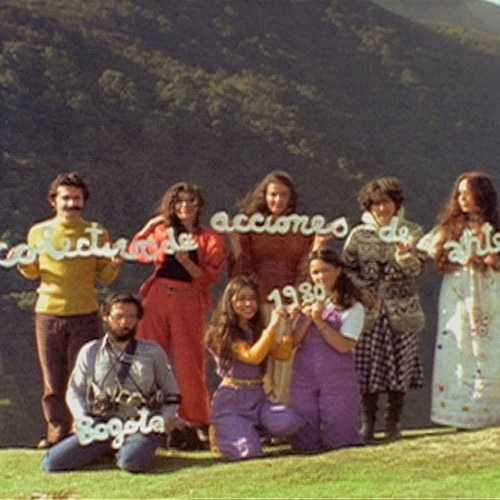