Josiah McElheny: Two Walking Mirrors for the Carpenter Center, sculptures will periodically become part of performances when performers—in fact, Harvard University dance students—inhabit the sculptures on a published schedule, transforming the objects into a kind of fashion accessory. The performances are between 15 and 30 minutes in duration and occur at the following dates and times.

The performances are in collaboration with the Harvard Dance Project (HDP).  The HDP cultivates invention and fosters the courage of artistry. This faculty-led, performance company gives students the opportunity to be original cast members and collaborators in two or more diverse dance works created by preeminent professional choreographers. The project focuses on performance research, collaboration, choreographic composition, and links choreographic thinking to other fields. It is a year-long studio based course which includes at least 12 performances at major venues on campus. 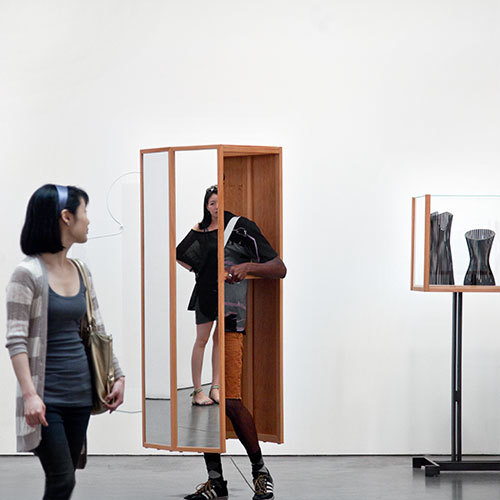