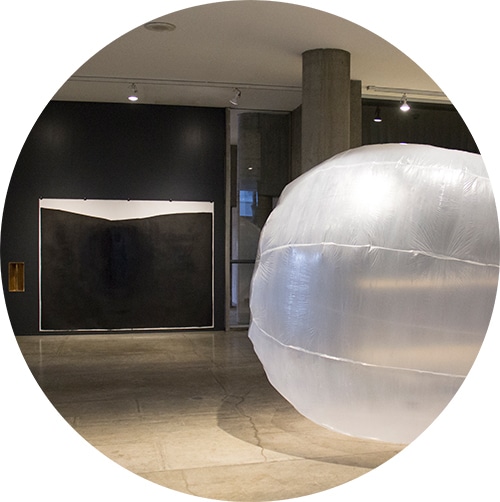 Jill Johnson, dancer, choreographer and Director of Dance at Harvard, and Hans Tutschku composer and Director of the Harvard University Studio for Electroacoustic Composition, perform in response to the installation of Pneuma(tic) Bodies. Free and open to the public. Reception to follow.

Installation in conjunction with Pneuma(tic) Bodies and Harvard Graduate School of Design conference: On Atmospheres: Spaces of Embodiment.

Support for Pneuma(tic) Bodies is provided by Harvard University Committee on the Arts.

A 26-year veteran of the dance field, she has appeared in over 50 tours and taught for dance companies and colleges on five continents. An honors graduate of the National Ballet School, she was a soloist with The National Ballet of Canada and principal dancer and researcher with Ballet Frankfurt. A protÃ©gÃ© and 22-year close collaborator of choreographer William Forsythe, she stages and produces Forsythe's ballets on companies worldwide, including The Norwegian National Ballet, Paris Opera Ballet, Alterballetto, Netherlands Dans Theater, Batsheva Dance Company, The National Ballet of Canada, Pacific Northwest Ballet, Boston Ballet, La Scala, and American Ballet Theatre.

Ms. Johnson recently collaborated with students in her curricular course, Music 103r Master Work: The Choreographic Process of William Forsythe, to create an original dance work, Dog in a Sweater, performed at Harvard in March, 2013 at Farkas Hall.

Tutschku has composed music for film, theatre, and ballet as well as instrumental and electroacoustic music. He has also conceived several sound installations and published articles on sound diffusion. A main focus of Tutschku's work is improvisation with live-electronics, and he tours regularly with his Ensemble für Intuitive Musik Weimar.

Tutschku studied electroacoustic composition in Dresden, and between 1989 and 1991 accompanied Karlheinz Stockhausen on several concert tours for the purpose of studying sound diffusion. In 1991 he attended the international one-year course in sonology at the Royal Conservatory in The Hague, where he worked primarily in the field of digital sound processing.

Tutschku has composed music for film, theatre, and ballet as well as instrumental and electroacoustic music. He has also conceived several sound installations, interactive sound sculptures, and published articles on sound diffusion. A main focus of Tutschku's work is improvisation with live-electronics, and he is regularly invited to give lectures and workshops on this topic. He has toured more than 30 countries with his Ensemble für Intuitive Musik Weimar,  and with the Ensemble, has realized many multimedia productions, often creating the projected images and choreography for dance as well as the music.

Tutschku joined the faculty in 2004 and has since overseen the total renovation of the HUSEAC studios, which were completed in 2005. He also conceived the 40-loudspeaker diffusion system HYDRA, which has been presented in numerous concerts on campus and in Boston. He has also served as a jury member of several international composition competitions and is the recipient of many international composition prizes: Bourges, Hanns-Eisler-Preis, CIMESP Sao Paulo, Prix Ars Electronica, Prix Musica Nova, and Prix Noroit. In 2005 Tutschku received the culture prize of the city of Weimar. 2013 he held a Fellowship at the Radcliffe Institute for Advanced Study, and 2014 a stipend from the Japan-U.S. Friendship Commission.

Pneuma(tic) Bodies is part of The Interstitial, a CCVA program that takes advantage of the time and physical space between exhibitions. The Interstitial hosts performances, installations and other time-based events that transpire over the course of an evening or several days. 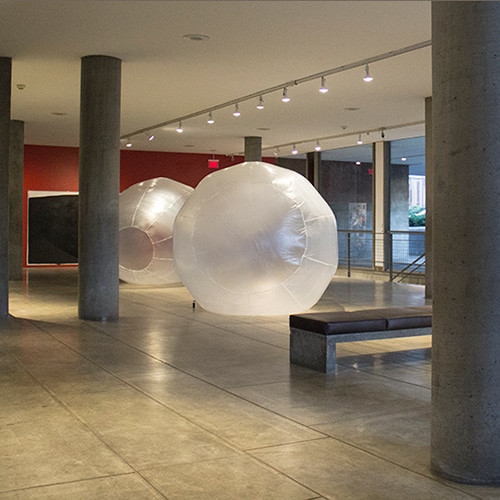