Diedrick Brackens makes figurative and abstract tapestries using techniques drawn from West African weaving, quilting traditions of the American South, and European tapestry-making. With an interest in allegory and symbolism, he combines autobiographical narrative with imagery that evokes broader histories of Black and queer identities.

Katherine Bradford is a figurative painter who sets characters from her imagination against vast expanses like outer space and the ocean, or within cropped, abstract fields of color. She creates her characters with an economy of painterly marks; they often lack facial features and are partially clothed. Against color fields that recall the luminous surfaces of midcentury abstraction, her figures play out scenes of adventure, loneliness, collectivity, and intimacy.

With parallel interests in materiality and the act of making, both artists create ambiguous pictorial spaces that frame the relationships between bodies. Their scenes seem to exist both outside and deeply embedded within this uncertain time, evoking cautions, questions, and desires about our bodies in relation to each other.

Please note this virtual event requires pre-registration. Please contact ccva@fas.harvard.edu with any questions ahead of the event.

This virtual webinar will be live captioned by the National Captioning Institute.

For each of its virtual conversations, the Carpenter Center will publish a limited-edition booklet with an edited transcript of the exchange, images, and biographical material. These booklets will be made available for free both as digital downloads and in hard copy upon request. In this time of online gathering, this publication series is meant to serve as a material record of Carpenter Center programming and an art historical resource for future scholars and artists.

Katherine Bradford (b. 1942, New York, NY; lives in New York, NY and Brunswick, ME) started painting at the age of thirty while living in Maine and was among the group of artists who moved to Williamsburg, Brooklyn in the 1980s. Bradford has exhibited widely at institutions such as MoMA PS1, New York; the Brooklyn Museum; the Modern Art Museum of Fort Worth, TX; Crystal Bridges Museum of American Art, Bentonville, AR; the Frances Young Tang Teaching Museum, Skidmore College, NY; and the Ogden Museum of Southern Art, New Orleans, as part of the fourth Prospect New Orleans Triennial. Her work is included in collections such as the Metropolitan Museum of Art, New York; the Brooklyn Museum; the Dallas Museum of Art; the Menil Collection, Houston; the Nerman Museum of Contemporary Art, Overland Park, KS; and the Portland Museum of Art, ME. Her work has been shown at galleries including: Canada, Sperone Westwater, and Pace Gallery in New York; Campoli Presti Gallery, London and Paris; Philipp Haverkampf Galerie, Berlin; and Adams and Ollman, Portland, OR, among others. Bradford is the recipient of a Guggenheim Fellowship and a Joan Mitchell Grant. She has taught at institutions such as the Yale School of Art, Skowhegan School of Painting and Sculpture, and the Pennsylvania Academy of the Fine Arts, Philadelphia. A recent monograph, Katherine Bradford: Paintings, was published by Canada in 2018. In 2022, Bradford will be the subject of a touring retrospective organized by the Portland Museum of Art in Maine. 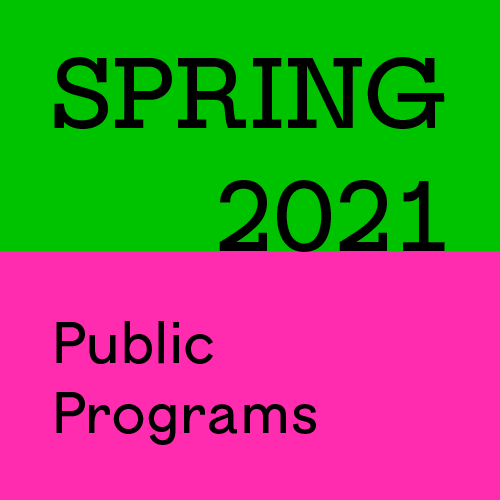