The lecture will be followed by the opening celebration for the exhibition ACT UP New York: Activism, Art, and the AIDS Crisis, 1987–1993, presented by the Carpenter Center for the Visual Arts and the Harvard Art Museums, an exhibition of over 70 politically-charged posters, stickers, and other visual media that emerged during a pivotal moment of AIDS activism in New York City. On view at the Carpenter Center for the Visual Arts October 15–December 23, 2009, the exhibition chronicles New York’s AIDS Coalition to Unleash Power (ACT UP) through an examination of compelling graphics created by various artist collectives that populated the group. The exhibition also features the premiere of the ACT UP Oral History Project, a suite of over 100 video interviews with surviving members of ACT UP New York that offer a retrospective portal on a decisive moment in the history of the gay rights movement, 20th-century visual art, our nation’s discussion of universal healthcare, and the continuing HIV/AIDS epidemic. 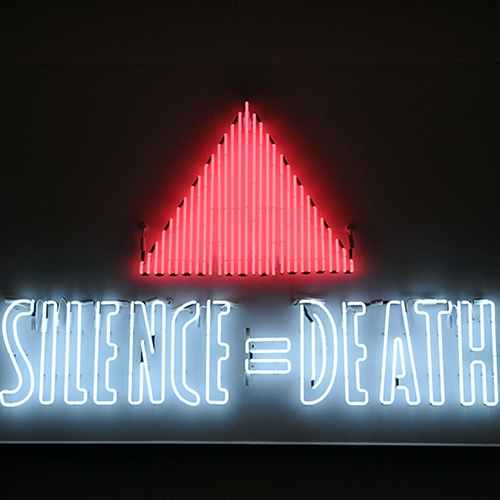