Please contact ccva@fas.harvard.edu with any questions ahead of the event.

This event is free and open to the public, registration is optional. Seating for the talk in the Carpenter Center theater is limited, registered attendees will be given seating preference.

Join us for an Artist Talk and Opening Reception to celebrate the opening of Please Stay Home: Darrel Ellis in Dialogue with Leslie Hewitt and Wardell Milan.

Artists Leslie Hewitt and Wardell Milan will be in conversation with Robert F. Reid-Pharr, Chair of Studies of Women, Gender, and Sexuality and Professor of African and African American Studies at Harvard University. The conversation will be moderated by Makeda Best, Richard L. Menschel Curator of Photography at the Harvard Art Museums.

Following the conversation, there will be a reception on Level 1 of the Carpenter Center, and the exhibition, Please Stay Home, will be on view on Level 3.

Leslie Hewitt's (b. 1977, New York, New York) approach to photography and sculpture reimagines the art historical still life genre from a post-minimalist perspective. Her geometric compositions, which she frames and crystallizes through the disciplines of photography and film theory, respectively, are spare assemblages of ordinary effects and materials, suggesting the porosity between intimate and sociopolitical histories. Interested in the mechanisms behind the construction of meaning and memory, she decisively challenges both by unfolding manifestly formal, rather than didactic, connections. Her distinct play on syncopation and juxtaposition make her work discursive and beautifully layered. Hewitt further works with site-specific installation, autonomous sculptures, drawings and the moving image as modalities to contend equally with shifting notions of space and time. Hewitt has held residencies at the Studio Museum in Harlem, the Museum of Fine Arts, Houston, Project Row Houses, the Radcliffe Institute for Advanced Study at Harvard University, Konstepidemin in Göteborg, Sweden and the American Academy in Berlin, Germany amongst others. She is an associate professor of art at The Cooper Union for the Advancement of Science and Art.

Robert F. Reid-Pharr is Chair of Studies of Women, Gender, and Sexuality and Professor of African and African American Studies at Harvard University. He was previously a Distinguished Professor of English and American Studies at the Graduate Center of the City University of New York, and both an Assistant and Associate Professor of English at the Johns Hopkins University. Reid-Pharr holds a Ph.D. in American Studies and an M.A. in African American Studies from Yale University as well as a B.A. in Political Science from the University of North Carolina at Chapel Hill. A prominent scholar in the field of race and sexuality studies, he is the author of four books and numerous essays. He is the editor of Transition Magazine, a member of the editorial advisory committee of the journal, Callaloo, and a contributing editor of the James Baldwin Review. In 2015 he was inducted into the Johns Hopkins Society of Scholars and he is the recipient of a 2016 John Simon Guggenheim Memorial Foundation Fellowship. During the 2020/2021 academic year he was the Carl and Lily Pforzheimer Foundation Fellow of the Radcliffe Institute for Advanced Study. During the Spring of 2021 he was the Ana-Maria Kellen Fellow of the American Academy in Berlin. He is currently at work on a biography of James Baldwin and he lives between Cambridge, Massachusetts and Brooklyn, New York.

This event is free and open to the public, registration is optional.

The Artist Talk and Opening Reception for Please Stay Home is part of ArtsThursdays, a university-wide initiative supported by Harvard University Committee on the Arts (HUCA). 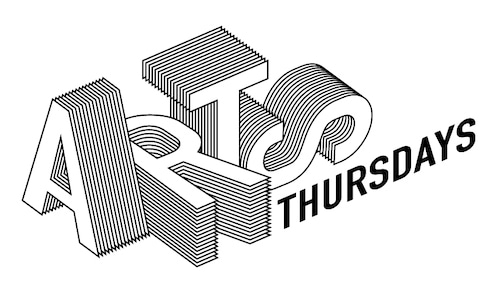